A 17 year old high school senior, Richard* had experienced abuse and neglect inflicted by his father and stepmother most of his life. His parents would often punish him by not feeding him, kicking him out of the house, and would encourage him to miss school so that he could pick up extra shifts at his job. Due to his unstable and neglectful home life  he was incredibly violent,  depressed, was failing most of his classes, and attempted suicide more than once. He felt completely alone and lost all hope in living.

Richard was referred to CGC’s Emergency Mobile Psychiatric Services (EMPS) program. Due to the severity of Richard’s symptoms, the crisis clinician recommended follow-up EMPS services. Through bi-weekly therapy sessions, Richard opened up about his feelings, and eventually started envisioning a positive future. The EMPS clinician worked with Richard to develop a safety plan that eliminated harmful risk factors and changed his living situation. Richard moved in with his aunt, and became determined to finish high school. With support from his aunt,  Richard quit his job and became completely devoted to his school work and future.

With the help of the EMPS clinician and a healthy support network, Richard developed a sense of self worth, graduated high school, and is now enrolled in college. 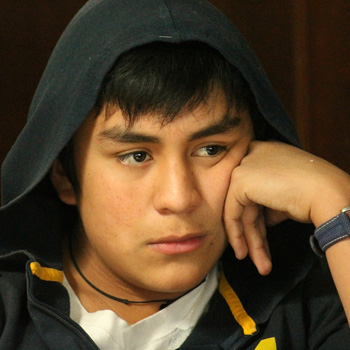