Paula*, four years old, was referred to CGC by her preschool teacher. She was exhibiting aggressive and cruel behavior. Her teacher became increasingly worried about Paula’s and her classmates’ safety. Paula struggled developmentally and socially.  She often appeared distracted and confused.

Several factors contributed to Paula’s struggles.  Just prior to beginning treatment  in CGC’s Child and Family Therapy program,  Paula’s parents separated and her father, who had a long history of alcohol abuse, was diagnosed with bipolar disorder. The treatment focused on helping Paula and her mother, Anne, learn safe and effective ways for Paula to manage anger.  After three months of treatment, Paula’s behavior began to improve.

Unfortunately, four months into treatment Paula’s father tragically committed suicide. This caused Paula’s behavior to deteriorate. The clinician continued to work with Paula and her mother to help Paula manage her anger, confusion, and the feelings related to her father’s death.  CGC referred Anne to individual therapy to manage her own grief.  Through her work at CGC and with the outside clinician, Anne was able to provide Paula with a more nurturing and supportive environment. Paula is now doing extremely well at home and in school, and is making friends. 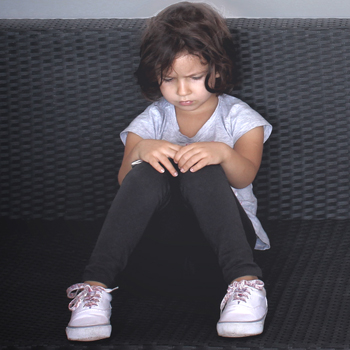