Meet Maria*. Preparing for her Quincenera (15th birthday party) should have been the happiest time of her life, but she was living with a terrible secret.

Maria had been physically and sexually abused by her stepfather since she was 8 years old. She was plagued by nightmares and was considering suicide, but was afraid of what would happen to her younger sister. Maria had the courage to tell her friend who then told her parents. The next day her stepfather was arrested.

Maria thought things would be better once her stepfather was out of the house. Instead, her nightmares became so bad that she began to drink alcohol and cut herself, as she says “to ease the pain I felt inside.” Her mother brought her to the Child Guidance Center where she met a Crisis Therapist, Susan, who Maria called her “guardian angel.” Susan worked with Maria for more than a year to help her stop blaming herself for what had happened, and to stop drinking and cutting herself.

At 19, Maria is now a college student dreaming of becoming a lawyer. She talks to kids about speaking out about abuse and not being afraid to ask for help. 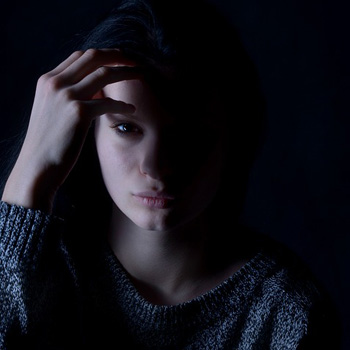