At ten years old, Elijah was referred to the Child Guidance Center because he was aggressive and ran away from his father and school staff when they tried to get him to attend class.   Although Elijah was initially seen in the Child and Family Therapy Program, frequent calls to 211 led to his being treated through the Mobile Crisis Intervention Services program.

The crisis clinician gathered information from Elijah’s father and school staff to properly assess why he refused to attend school consistently. Elijah didn’t know how to verbalize his emotions, so he would yell at teachers that he wanted to go home and sometimes he would become violent. As a result, he was labeled as a behavioral problem, when in fact there seemed to be unaddressed emotional issues that led to these outbursts.

After speaking with Elijah, the crisis team discovered that a past experience contributed to him feeling unsafe at school. He was afraid that people would be mean to him at school, and was sensitive to loud noises, such as teachers and students raising their voices. Whenever he entered the school he felt unsafe and trapped and immediately wanted to run away. The core of Elijah’s school avoidance was his intense emotional reactions that were not being addressed.

The crisis clinician attended a Planning and Placement Team meeting with Elijah’s father and school personnel to discuss appropriate techniques to help them understand and manage Elijah’s anxiety and  to encourage school staff to create a sense of security for him. The crisis clinician also worked with Elijah and his father at home– helping Elijah better communicate his feelings, and working with his father to implement effective parenting strategies. After a few months of treatment, Elijah has transitioned back into the academic setting and attends school more consistently. School personnel provide Elijah with assurance that he is safe and cared for, and Elijah’s father is more confident in addressing his son’s needs. 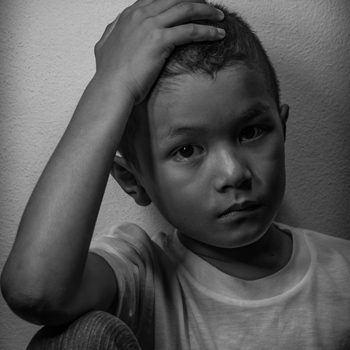