Meet Casey*. At 12 years old, Casey was referred to CGC’s Mobile Crisis Intervention Services program after her sister found video recordings on her laptop titled, “My 13 Reasons Why,” which disclosed reasons she intended to kill herself.

CGC’s Crisis clinician worked with Casey to determine how serious she was about her video entries—did she have a plan, intent, or means? Casey admitted that after she watched the Netflix series, 13 Reasons Why, she decided to make a video journal, similar to the tapes the suicide victim in 13 Reasons Why, Hannah, left behind, so everyone who had hurt, bullied, or wronged her in any way would know the role they played in her suicide. Casey explained that she planned to overdose on prescription meds she had access to in her home.

The clinician listened to Casey as she described her fears, hopes, and struggles, and explained to Casey the finality of suicide– that, unlike in the show, if she took her life she would not be around to see the reactions of others. Casey eventually admitted that she was able to identify with Hannah’s character due to the challenges she faces in middle school, but that she did not want to die. The clinician worked with Casey and her parents to develop a safety plan, and Casey’s parents secured all over-the-counter and prescription medications in the house. Following Casey’s crisis intervention, she was referred to CGC’s Child and Family Therapy program for follow up mental health treatment.

Youth suicide, sexual assault, and bullying are real issues in our community and seem to be at the forefront of mental health discussions since the release of 13 Reasons Why. While the Child Guidance Center does not agree with the series’ graphic depiction and glorification of suicide, the show launched a firestorm of articles and conversations about mental illness and suicide prevention. So if you know someone who is suicidal, please dial 2-1-1 as soon as possible to get them immediate Crisis support. For a suicidal child, your call may be the difference between life and death. 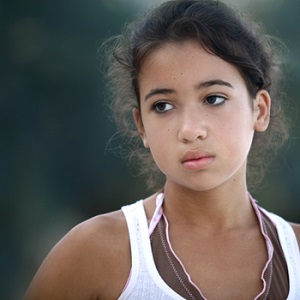